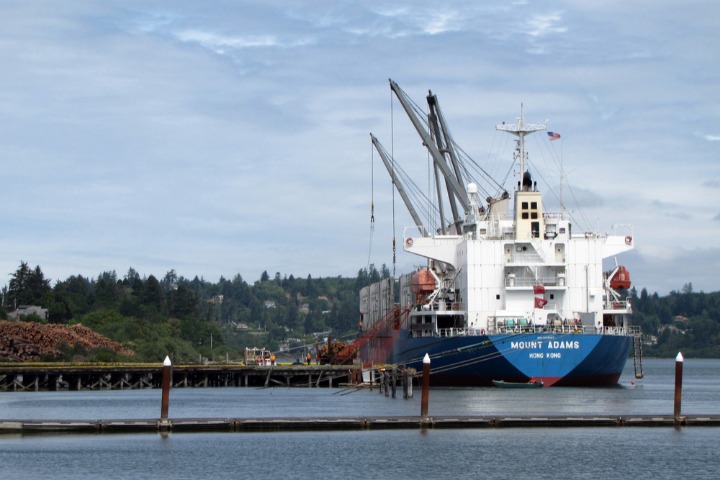 The Oregon International Port of Coos Bay has signed a deal to construct a multimodal container facility on the North Spit of the port complex.

The Port and NorthPoint, a development firm based in Riverside, MO, have entered into a Memorandum of Understanding (MoU) for the project, with the intention of finalising negotiations and signing a contract by the end of the calendar year.

The facility, once fully constructed, will move over one million forty-foot containers annually in and outbound through the Port of Coos Bay via the Coos Bay Rail Line.

The rail spur on the North Spit will be extended to the project site and infrastructure improvements throughout the line will be completed to accommodate double stack container movements.

Construction of the facility and railroad improvements will result in a significant investment in the community and are currently an estimated $1 billion.

Congestion at major west coast ports has continued to worsen for decades, creating bottlenecks that slow the movement of goods and increase greenhouse gas emissions.

John Burns, port CEO, commented, “With the recent closure of the Georgia Pacific Mill and other recent job loss in southwestern Oregon, the port sees this as an opportunity to rebuild the economic base for the region.

“This is a project that has the potential to diversify the region’s economy and create employment opportunities both for the existing workforce and for future generations.”

Currently, the majority of imports and exports moving in and out of Oregon travel by truck via the Ports of Seattle/Tacoma and Oakland.

This adds to the total delivered cost of products and commodities, roadway congestion, and increased greenhouse gas emissions.

Utilising the Coos Bay Rail Line to transport containers instead of trucks will reduce overall emissions up to 75%, the port said.

The port will also continue work with on the Channel Modification Project.

Deepening and widening the channel is necessary for the Port to remain competitive in the global marketplace as ocean carriers continue to utilize larger ships.