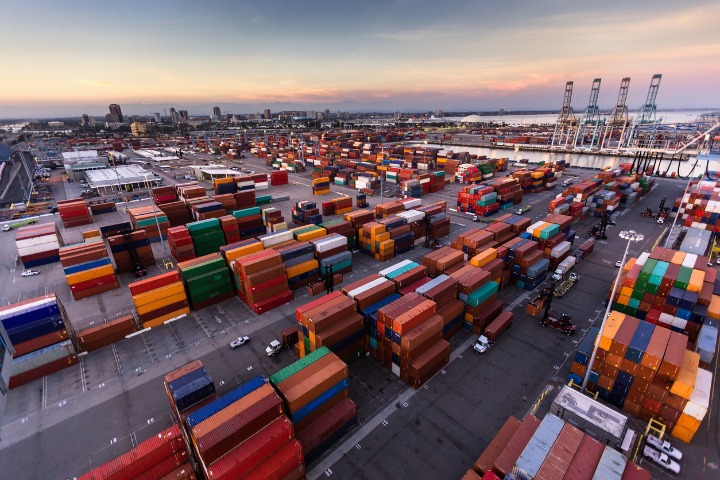 The Port of Los Angeles has met expectations handling 887,357 TEU in April 2022, whilst registering a loss in loaded imports and exports.

Gene Seroka, Executive Director of the Port of Los Angeles, predicted container volumes to reach near 900,000 TEU in April.

Marking the second-best April in its history, the port has processed more than 3.5 million TEU so far this year – 1 per cent ahead of last year’s record.

Loaded exports came in at 99,878 TEU, a 12.7 per cent decrease compared to the same period last year.

“We’ve had a remarkably strong start to the year and cargo continues to flow into Los Angeles despite some of the COVID-19 lockdowns in China,” said Seroka.

“While there are impacts being seen from sub-assembly to manufacturing through delivery, transpacific trade has held steady.”

Looking forward, Seroka added that the port does not anticipate any abrupt changes; he warned that the situation in China may lead to a lull in volume with a quick bounce back once the lockdowns end.

During the port’s most recent media briefing, Seroka announced that that a total of 958,674 TEU passed through Los Angeles’ facilities in March.