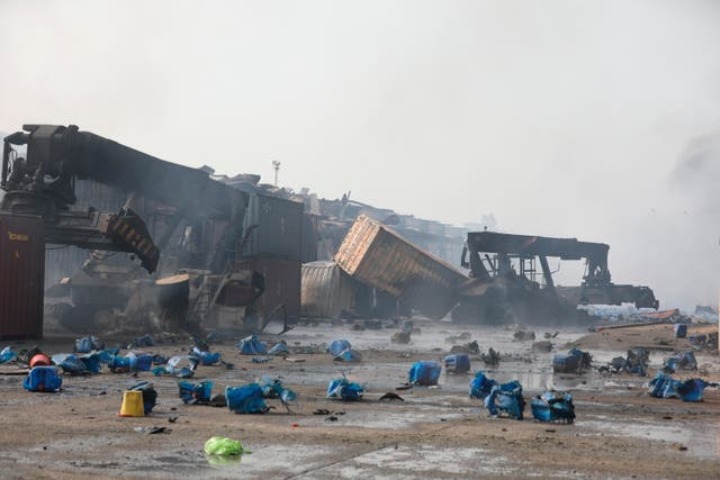 A fire that broke out at a storage depot near the city of Chittagong, Bangladesh has caused a massive explosion, killing 49 people.

The fire broke out at around 9.00 am local time (3.00 pm GMT) on 4 June. Hundreds of firefighters, police, and volunteers arrived on the scene. As they tried to extinguish the blaze a huge explosion erupted.

At least 49 people have been killed, including 9 firefighters and 10 police officers, while several more have been injured.

Many people remain missing, including journalists who arrived at the scene to report on the fire.

Tofael Ahmed, a lorry driver, described the moment of the explosion to AFP news agency: “The explosion just threw me some 10 metres from where I was standing. My hands and legs are burnt.”

The death toll is expected to rise as many of the injured are in critical conditions and hospitals are overburdened. Medical staff attending to the patients have launched an urgent appeal for blood donations on social media and moved many to the hospitals in the capital of Dhaka.


© Al Jazeera English
Although it is thought that chemicals may have been stored in some of the containers, authorities in Bangladesh have yet to determine the initial cause of the fire.

“The problem is that the firefighters didn’t know there was a chemical,” Mohammed Manzurul Islam from the Bangladesh Red Crescent Society told Al Jazeera.

“They thought it was a small fire. What I heard from our colleagues was that the sound of the explosion was heard from two to three miles away.”