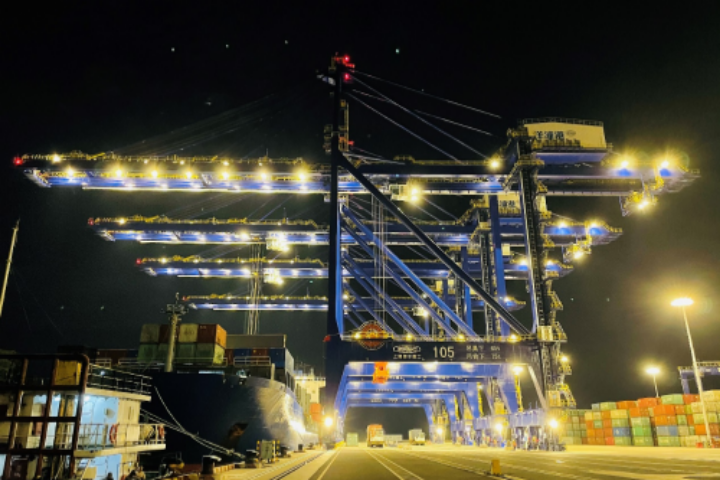 COSCO SHIPPING Yangpu International Container Terminal has handled 1 million TEU for the first time since the port opened in 2016.

On 14 November the terminal reached the milestone achievement for yearly handling, experiencing a 39% year-on-year growth out of which the volume of foreign trade containers increased by 60%.

At present, Yangpu International Container Terminal has completed the upgrading of 32 sets of gantry cranes, with the proportion of remote-control operations within the coverage of the container yard reaching 91%.

The highest single container handling efficiency on a shift is 2 minutes and 38 seconds, which has greatly improved the utilisation rate of the yard.


Efforts have also been made to cut the auxiliary operation hours; make use of the berthing break for equipment maintenance and repair; optimise the emergency response mechanism; and ensure the efficient operation of eight operation lines in order to unleash the berth efficiency to the greatest extent.

The COSCO SHIPPING FCE Indian Ocean Service, which launched on 9 November, is another ocean-going intercontinental service route opened at Yangpu Terminal, following the opening of the first intercontinental transoceanic service with Hainan Free Trade Port in September 2020. It has laid the foundation for COSCO SHIPPING to promote the distribution of international trunk routes for maritime shipping and the scaling up of transport capacity.