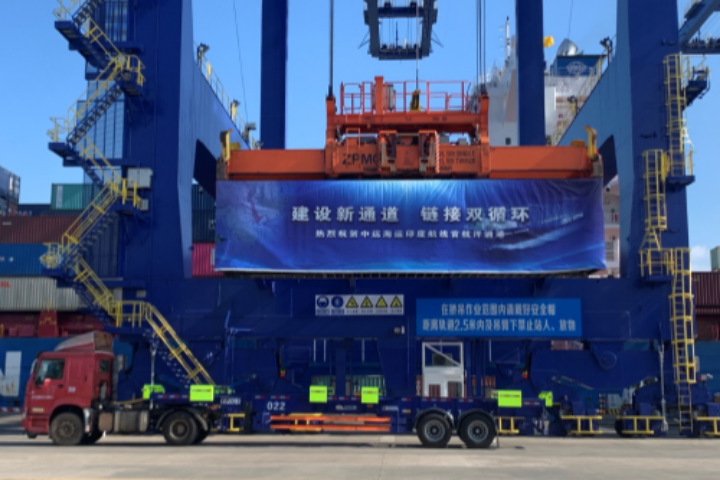 COSCO Shipping’s Indian Ocean Service celebrated its maiden voyage as a container ship on the service berthed at Yangpu International Container Terminal in China on 9 November 2021.

The Indian Ocean Service is an intercontinental service line connected with the Yangpu International Container Terminal, operated by Hainan Harbour & Shipping Holding CO., Ltd and was set up following the opening of the first intercontinental transoceanic service route at Hainan Free Trade Port in September 2020.

The maiden voyage of COSCO’s new service marks the improvement in the capacity of Yangpu International Container Terminal, after its expansion and renovation which allows it to accommodate services on major regional ocean routes and lays the foundation for the terminal to embrace international service routes.

COSCO Shipping has built up a new pattern of development with Yangpu as the hub, this serves domestic trade as well as foreign trade.

This follows the news that COSCO Shipping has signed a number of procurement agreements with several of its suppliers from Japan and Singapore during the 4th China International Import Expo (CIIE) at the National Exhibition and Convention Center (NECC) in Shanghai.