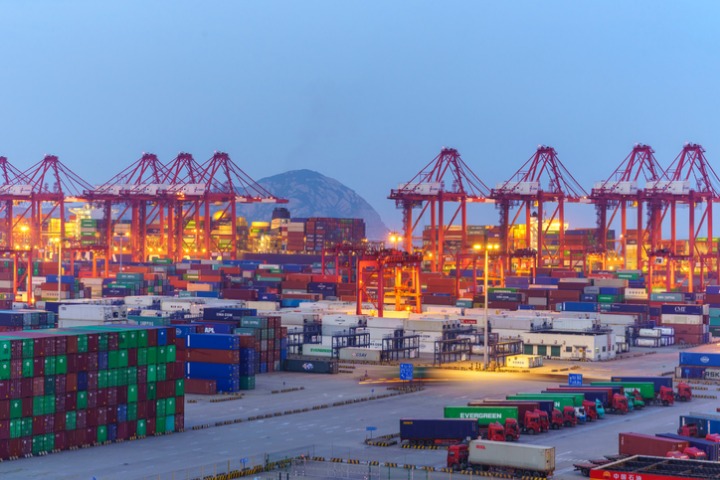 Ningbo and Shanghai closures could disrupt $14 billion in global trade

The recent closure of Shanghai and Ningbo ports due to Typhoon Chanthu may create delays that disrupt more than $14 billion of trade flows according to scenario analysis conducted by Russell Group.

Clothing, including $331 million is exported from Shanghai, and computers/office equipment ($361 million) will face severe disruption and could affect the availability of key clothing items or electronic goods in the run-up to the holiday season, the risk modelling company found.

— China Xinhua News (@XHNews) September 14, 2021
Russell’s analysis was based on a port closure at both Shanghai and Ningbo from the first report of closures on 12 September to 26 September, based on 2020 figures.

Suki Basi, CEO of the Russel Group, commented, “Our analysis will come as little relief for corporate risk managers, their organisations’ supply chains, ship operators and (re)insurers that have seen disruption after disruption pile on top of each in 2021.

“Rising port accumulation exposures across the global economy is serious concern for businesses that rely on just in time supply chain methods. In this quarter alone Ningbo has been closed twice and the first incident created havoc to the logistics of global trade. I would not be a surprised if it happens again.”

As this year's 14th typhoon, named Chanthu, weakened, the Shanghai Meteorological Bureau downgraded the typhoon alert at 12pm on Tuesday(Sept 14). Due to the typhoon's spiral rain bands, heavy rain and strong wind are likely to remain in the city and start to weaken from Thursday pic.twitter.com/8IeqZTZ6ip

— ShanghaiEye (@ShanghaiEye) September 14, 2021
Chinese state media has reported that the typhoon has weakened on 14 September, and some flight operations have resumed at Shanghai’s two airports.

However forecasts anticipate that the typhoon could continue to linger off the Zheijang Province coast and Shanghai and continue to disrupt container terminal output.

The Port of Shanghai/Yangshan is the largest port in the world in cargo throughput handling 43.5 million TEU in 2020.

The Port of Ningbo-Zhoushan, which processed 20 million TEU from January to August 2021, is another critical container hub in the East China region and has experienced a number of setbacks such as a COVID-19 outbreak at one of its terminals in August 2021.