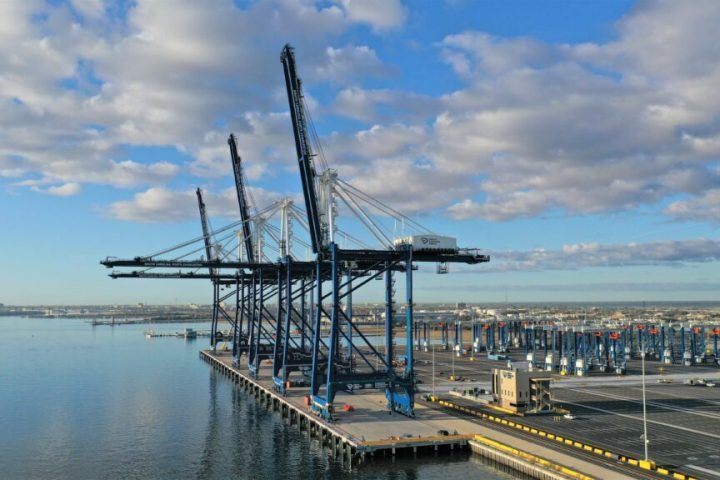 In a statement, SC Ports said it moved 248,796 TEU across the Port of Charleston’s Wando Welch and North Charleston container terminals, a 34% year-on-year (YoY) increase.

The previous container record was set in August 2019, with 233,110 TEU handled at the port. Fiscal-year-to-date, SC Ports has handled 1.86 million TEU from July through March.

“This significant achievement leads up to another historic milestone as we prepare to welcome the first ship to the Leatherman Terminal on Friday.

“Our all-time container record reinforces that we are adding more capacity to the Port of Charleston at the right time.

“The state-of-the-art Leatherman Terminal will add 700,000 TEU of throughput capacity and a 1,400-foot berth to the East Coast port market when it is most needed.”

Loaded imports were up nearly 50% in March at the Port of Charleston.

Loaded exports were up 8.2% in March as advanced manufacturers and automotive companies see steady demand for their products across global markets.

Inland Port Greer reported its busiest month in history with 16,688 rail moves in March, up 20.3% from last March.

Fiscal-year-to-date, Inland Port Greer has handled 119,460 rail moves, up nearly 5% from the same time a year prior.

Inland Port Greer extends the Port of Charleston’s reach 212 miles inland via rail, and 94 million consumers can be reached within a one-day truck trip from the inland terminal.

“These impressive volumes highlight our efficient operations and the strength of our entire maritime community, which works as a team to keep the supply chain fluid during a global pandemic and amid unprecedented demand,” Newsome said.

“We look forward to offering the same reliable service and additional capacity to our customers as we welcome ships to the Leatherman Terminal. SC Ports is proud to open the first container terminal in the U.S. since 2009 in South Carolina.”