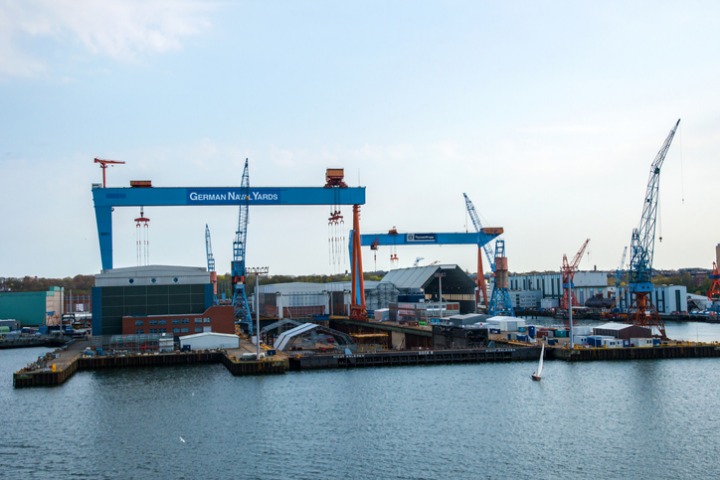 Port of Kiel aims to cut all CO2 emissions by 2030

The Port of Kiel in Germany has set itself the goal of reducing all CO2 emissions to zero by 2030 through a three-step plan laid out in its Blue Port concept.

The three-step plan, which was unveiled on 24 November 2021 alongside the first presentation of the ports environmental report, envisages covering 60% of the energy requirements for ships calling at Kiel with green electricity as early as 2022. By 2025, this figure is expected to reach around 80% to 90%, before finally achieving climate neutrality in 2030 through the introduction of a wide range of measures.

The plan also aims to reduce the emission of nitrogen oxides and particles through these new measures. However, they are already being dissipated as pollution from the port in the recent periods is well below applicable limit values.

“We support the climate protection goals of the State Capital City of Kiel and are taking a pioneering role in terms of CO2 reduction,” said Dr Dirk Claus, Managing Director for the Port of Kiel. “The port will be climate-neutral by the end of this decade.”

The environmental report that was also presented demonstrated that the port has already avoided more than 6,200 tonnes of CO2 in 2020, while 18,800 tonnes were still emitted.

Dirk Scheelje, Chairman for the Port of Kiel Supervisory Board and Member of the Bündnis 90/Die Grünen Council Faction, added “With the presentation of the environmental report, emissions are quantified and thus transparent for the first time. It shows that the Blue Port strategy initiated in 2018 is having an effect. We will also assess further progress on this basis.”

Energy demand at the port’s terminals has been substantially reduced by switching to economical LED technology and increasing energy efficiency, while at the same time photovoltaic systems provide around 290,000-kilowatt-hours of solar energy every year.

One additional element that is key to reducing emissions at the port is onshore power. The first shore-side power supply was connected to the grid at Norwegenkai in May 2019, following this, a second and much larger system was commissioned at Ostseekai in June 2021. This allows vessels to be regularly supplied with green electricity.

Other measures being implemented at the port to reduce emissions include:

Electrification of the vehicle fleet, including industrial trucks
Increased efficiency of operational processes through digitalisation
Tariff-based environmental discount as an incentive for climate-friendly transformation
The Port of Kiel has also recently introduced additional intermodal cargo services between Lehrte MegaHub from Kiel to Verona in northern Italy. Announced in September 2021, the trains are operated by Kombiverkehr KG, Frankfurt, and connect to Duisburg, Munich, and Ludwigshafen at the Lehrte fast transshipment facility.