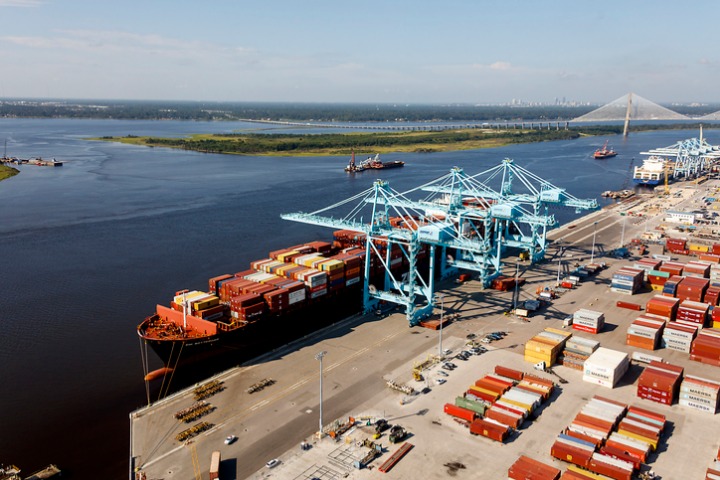 The Jacksonville Port Authority (JAXPORT) has worked alongside Jacksonville’s University Marine Science Research Institute (MSRI) to launch an education initiative called Connected, which aims to raise awareness about the importance of the St. Johns River as a vital natural resource.

Through this initiative, both parties will bring together research, education, and global commerce to help educate and engage their local community on a broad range of topics related to the river. Both JAXPORT and the MSRI has said their future is intertwined with the river’s health and vitality as they described it as the “lifeblood” of their region.

“The St. Johns River is the heartbeat of our city and our region, and as a community, we are all connected to the river in some way,” said Dr Quinton White, Executive Director for the MSRI. “As neighbours across the river, Jacksonville University and JAXPORT both understand how important the river is to our thriving city. We share a common goal of ensuring the river is healthy for future generations because our environment and economy depend on it.”

The Connected initiative is funded by JAXPORT and will see the MSRI faculty offer informative lectures on topics that include ecosystems and wildlife found in and around the river, hydrology and water cycles, the river’s role in the city’s history and its importance to the regional economy.

Eric Green, CEO of JAXPORT, also commented “I am a firm believer that there is a nexus between commerce and protecting the environment. As the largest commercial user of the harbour, we are proud to do our part to help facilitate the connection between environmental stewardship and economic opportunity, ultimately benefitting our river and community.”

Dr Melinda Simmons, Assistant Professor of Marine Science at Jacksonville University, added “Through Connected, we will partner with local schools and community organisations to bring river education to all ages. Connected is far more than just a series of lectures. It is an open invitation to explore and engage with our beautiful St. Johns River with the goal of inspiring all members of our community to value and protect it.”