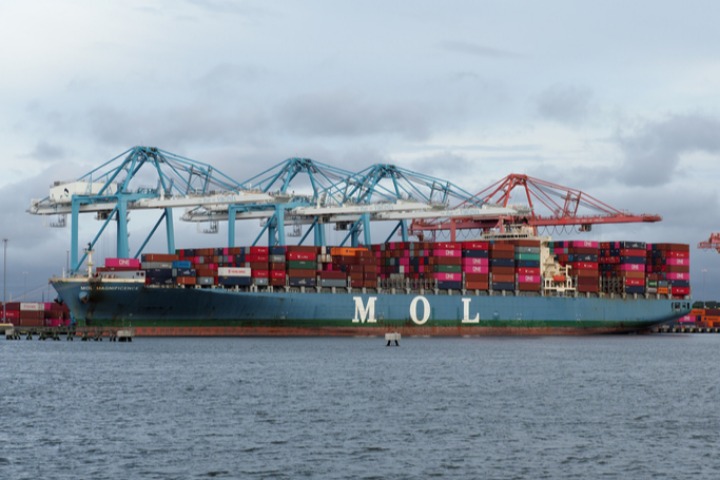 Port of Virginia surpasses more than 307,000 TEU in busiest August on record

The Port of Virginia has reported August 2021 as its second most productive month in its history.

“Our August volume would have been even stronger but there was some disruptions in the vessel schedule that are pushing ship calls into September,” said Virginia Port Authority (VPA) CEO and Executive Director, Stephen A, Edwards.

“We are nearing the height of peak season and do not anticipate a let-up before year’s end. Knowing that, we are focusing on remaining agile and fluid in our operations and continuing to invest in new assets that will increase our efficiency.”

In August we handled 307,023 TEUs, a 24% increase vs. August 2020. Last month was the busiest August on record, and our second most productive month ever.
To read the full volumes release, click the link in our bio.#maritime #logistics #cargo #volumes #sustainability #shipping pic.twitter.com/bzE9u0K7iS

— The Port of Virginia (@PortofVirginia) September 13, 2021
In a statement, the port credited its Virginia model for this success. The model sees the VPA act as both the terminal owner and operator so the port can keep agile and provide measurable results to ocean carriers and cargo owners that are facing congestion and delays elsewhere.

“We own the terminals, and our operating company runs them, and this is an important advantage because we are not beholden to multiple economic interests, especially when we need to be flexible in our operations to accommodate our customers and growing cargo volumes,” Edwards continued.

“The Hampton Roads Chassis Pool (HRCPII) is a great example of the advantages of being an owner-operator. We own and operate HRCP (II) and as a result we can make decisions and take quick action to ensure we have an ample supply of chassis.”

In August 2021, the port purchased 18 Kalmar Hybrid Shuttle Carriers from Kalmar. The VPA now have 92 carriers in operation at their terminals in addition to their diesel-hydraulic Kalmar shuttles.