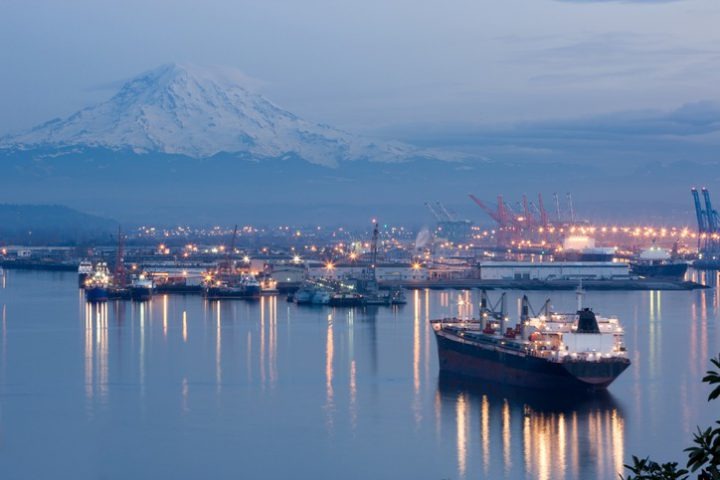 The ports of Seattle and Tacoma and the Northwest Seaport Alliance (NWSA) have written to Secretary John Kerry, Special Envoy for Climate, US Department of State, to call for strong action from the US government on cutting emissions and noise pollution from container vessels.

In the letter, the signees say they cannot achieve their ambition becoming carbon-free seaports “without stronger international policies” to phase out emissions from international shipping and across all hubs.

“We are requesting strong leadership by the US in support of international action at the IMO in line with the Intergovernmental Panel on Climate Change recommendations to reduce global climate pollution,” they said.

The signees claimed to have invested “tens of millions” of dollars to install shore power infrastructure at its major cargo terminals by 2030, which it said will “nearly eliminate the emissions” from ships at berth.

Additionally, they described underwater noise from large vessels as a “growing concern around the world” as it affects whales and other marine life, including the Pacific Northwest’s endangered southern resident killer whale community.

“The Port of Seattle, Port of Tacoma and NWSA recently led the creation of their Quiet Sound program to better understand and reduce the cumulative effects of acoustic and physical disturbance from large commercial vessels,” they said.

“We welcomed the support from Congress in the FY2021 National Defense Authorization Act directing the Coast Guard to support efforts to reduce vessel noise and disturbance in our region.

“Their further leadership at the IMO would build on their capability to fulfil that direction.”

They urged the US to “push for strongly improved international standards” to reduce underwater noise from vessels and called for “new technologies and ship designs” to alleviate the problem.