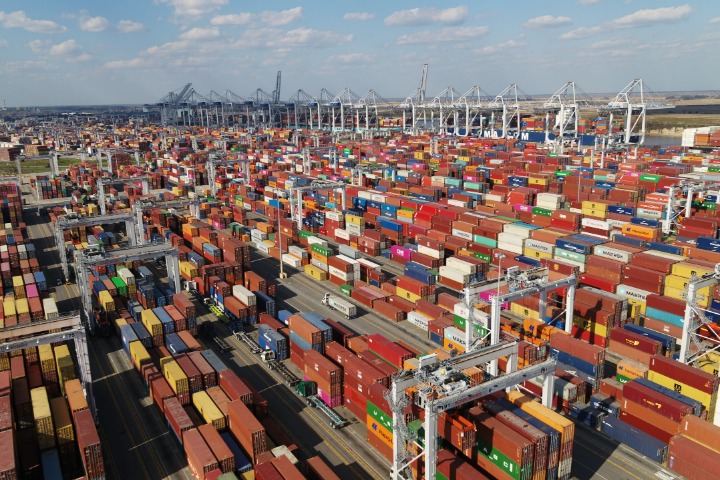 Port of Savannah is now a “critical gateway” for US businesses

The Port of Savannah has moved 5.3 million TEU for first time in its history as cargo volumes grew by 20% year-on-year (YoY) in financial year (FY) FY2021, according to the Georgia Ports Authority (GPA).

In a statement, Georgia Governor Brian Kemp said US companies are increasingly seeing the Port as a “critical gateway” for goods.

“Our ports play a major role in Georgia being named the number one state for business eight years in a row,” Kemp said.

“I am thankful to GPA for their great work over the past year to grow Georgia’s trading capacity and expand our world-class business environment.”

Incoming GPA Board Chairman Joel Wooten thanked previous Chairman Will McKnight and Gov. Kemp for their leadership during a challenging year, as well as the partners and customers who helped Georgia Ports achieve record growth.

“GPA leadership, our employees and our partners across the logistics community put in tremendous effort to make this milestone possible,” Wooten said. “Growing our business by 20 percent in a single year is an amazing accomplishment and secures Savannah’s position as the fastest growing gateway in the nation over the past 10 years.”

GPA Executive Director Griff Lynch said the Savannah Harbor deepening, the Mason Mega Rail terminal and other capacity enhancements are not only preparing GPA for the present influx of cargo, but also for future demand.

“A major strength for the Port of Savannah is its ability to respond to the needs of customers as they expand their positions in Georgia,” Lynch said. “As port users continue to route additional cargo to Georgia, we are bullish on the future. We have an abundance of near-port property available for development, and GPA is right now adding millions of TEUs of additional capacity in Savannah.”